The marketing executive who's using Rob Collier Coaching to launch a purpose-driven business with a new permission she hadn't given herself for decades.

Charlotte Selles is a marketing executive who wants to leave a legacy by being valuable to society, her community and her kids.

After years of working as an executive for various corporations and startups, including serving on the advisory board of Hiatus Tequila, she wanted to do something even more useful for those around her.

Charlotte began engaging in what she called "rehab for the soul" after leaving her previous role and working part-time at a soup kitchen, feeding the homeless and serving meals in her local community in San Francisco.

But she still had a challenge...

In her words: "Knowing what I want exactly and what does it translate to concretely? And figuring out how to get there!"

She knew that if she didn't solve this problem, it may cost her the opportunity to realize all of her potential and do something that she believed in — and felt she was absolutely worthy of.

Charlotte knew she needed to take action, but she never worked with a coach before.

She came across Rob on Instagram after author Ryan Holiday reposted his work while Rob was completing a fitness challenge he created.

Charlotte liked Rob's approach. He helped her to reach an unprecedented level of consistency she didn't believe she could, so she decided to reach out to Rob.

After a deep call, she decided to work with Rob to overcome her roadblocks.

One day early in the coaching program while vacationing in the mountains for the weekend, she shared with Rob that she would complete her tasks, but they would be completed later than she initially agreed to.

Rob immediately said no. They would be on time as agreed upon.

Charlotte knew she found a partner that wanted her results as much as she did and not just someone who would say yes.

From that day onward, her experience began to shift.

Within 90 days, Charlotte overcame a negative relationship with money that had plagued the management of her finances for decades, she leveraged a system to create a crystal clear 5-year goal she felt on fire to pursue, and she discovered exactly how she would leverage her existing skills to create a business that would impact others (currently in beta).

Importantly, she gave herself the permission to pursue her new, ambitious goal — permission she hadn't given herself since she was a teenager.

In the days that followed, she began working intensely on launching her business to attract new users with her private beta program.

Charlotte accomplished all of her major goals with the Rob Collier Coaching program.

What she didn't expect is that she would eliminate the anxiety that held her back for decades or that she would gain a level of clarity she's never experienced before, allowing her the bold confidence that nothing can stop her.

What's next for Charlotte is to grow her business in a way that delivers maximum impact to her users while helping her to reach her next financial goals.

“Really? 3 months to get to where I got?! Everybody needs to got through this. There's not one ounce of anxiety left in me. And trust me, I've dealt with anxiety for a long time... There's just nothing that stops me." — Charlotte 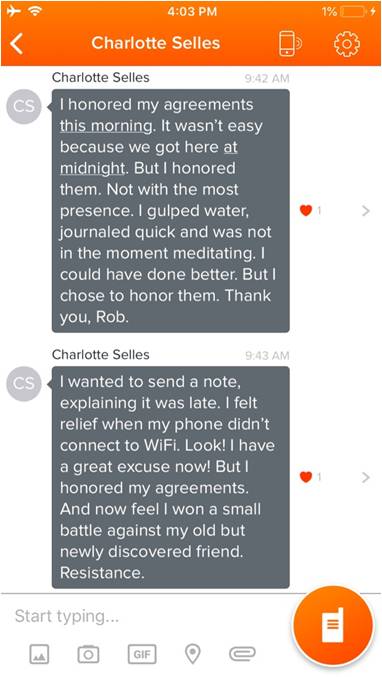 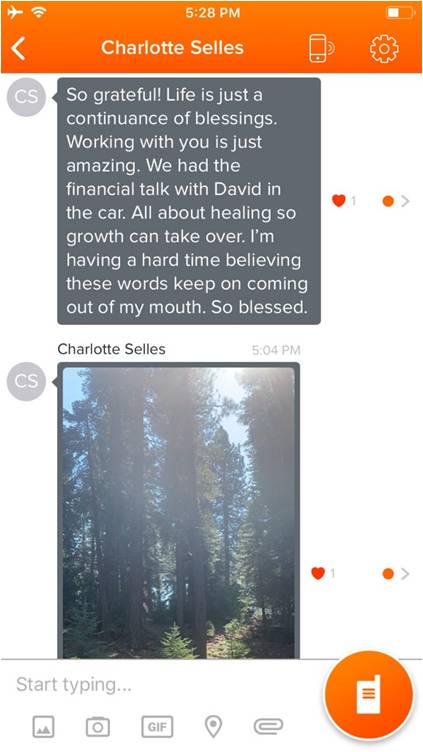 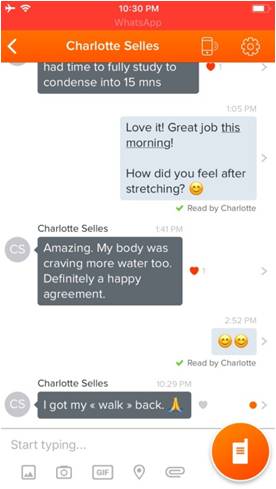 HOW WOULD IT FEEL LIKE TO ACCOMPLISH MORE IN THE NEXT 90 DAYS THAN YOU ACCOMPLISHED IN THE ENTIRE YEAR BEFORE?

See for yourself why 96% of clients report my coaching as "life changing" from business owners and professionals just like you.